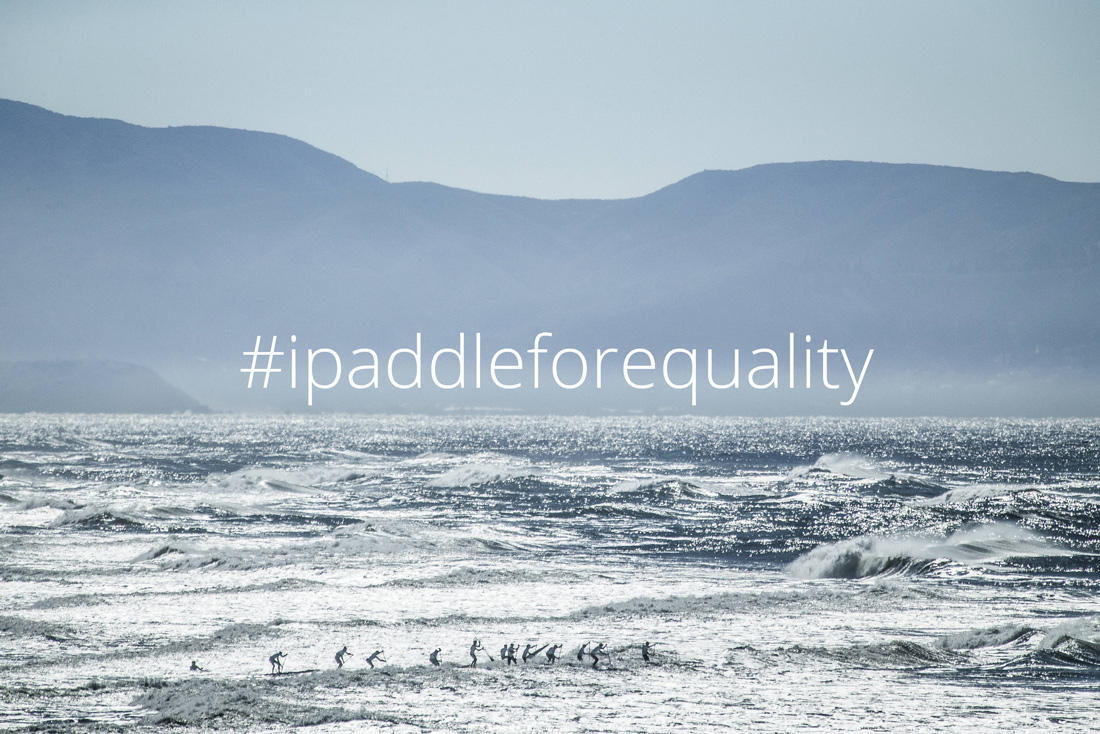 The question is simple “What do we want for our sisters and daughters?” Current world #1 Annabel Anderson (NZ), International World Champion, multiple Molokai World Paddle Champion and US Champion has joined with fellow champion of the sport, Candice Appleby (USA) and the top paddleboarders in the world to make their voices heard this week.

The Red Bull Heavy Water Event held in San Fransisco and has extended invitations to 32 of the world’s best SUP athletes, to race in waves over 10 feet high over an open course stretching 12 km (7.5 miles) from Ocean Beach and finishing just beyond the Golden Gate Bridge. The event has a total prize pool of $50,000US with first prize a staggering $20,000US. For the second year running, the very best women in the world have not been invited to compete and together with them, we stand to call for answers.

Disappointingly it has come to light that allegedly after the women began airing the issue on social media with their campaign #ipaddleforequality, the women were approached and invited to be part of the event, but just two days out from the event. A move that was not received as professional for the level and prestige of the event or respectful to the women with the men having two weeks advanced notice to train, be prepared and on location for the event.

“[Our] goal is clear” Anderson reiterated on social media, “It is to support equality, transparency and equal opportunity to set a path of success for the future of our sport and its athletes.”

“For us it’s not about competing against the men, but being afforded the opportunity to compete for that sort of prize purse and on the stage.” Said Appleby. “And it’s not only about this one event. It’s about setting a path of equal opportunities for all athletes in the future. While there are some events doing it right; Pacific Paddle Game, Gorge Paddle Challenge, Sup Fiesta, Carolina Cup, there are still others that have big discrepancies in prize money, etc. We want the world to know that it’s not ok, we’re not ok with it, and it’s time for a change.”

Anderson, Appleby and the other top women compete regularly and on the world stage on equal terms with the men. Their boards are the same, the swell is the same and often the course length is the same. These women are among the fittest mentally and physically in the world. Between them, Appleby and Anderson have competed in courses with swell up to 12 feet and up to 52Km in length. Not only are they phenomenal in their own right and in their own divisions, but there are many instances where these women have won overall events, in Anderson’s case once, over 6 minutes ahead of any male competitor.

These women deserve representation in events not just as a token responsibility, they deserve to have their names on the invitee list because they are the best in the world, gender aside. But also, seriously guys, haven’t we moved well beyond this tired battle. Aren’t we now supposed to be moving in a forward-thinking, positive sports arena? The World Surf League have stepped up, so have the AFL in Australia and many other international and national sporting bodies.

Stay tuned as we await comments from the international body, APP.

Support the women in making their message heard!

OPINION // BY LUCY SMALL // SALTWATER PILGRIM  TO THE WORLD OUTSIDE SURF & WOMEN EVERYWHERE, HERE'S THE DEAL. A