Western Australia’s top junior surfers are lucky enough to enjoy pumping, clean conditions regularly and they were treated to perfect autumn conditions at Surfers Point in Margaret River, with the opening round of the Woolworths WA Junior Surfing Titles presented by SunSmart over the weekend.

Perfectly groomed 3-4 feet waves were delivered to one of the most iconic and time honoured event locations and fixture on the WSL Championship Tour, Surfers Point. The state’s new generation of surfing superstars rose to the occasion with some standout performances across all seven divisions contested.

“This weekend has provided our junior surfers with an invaluable experience to compete at a world-class location,” said Surfing WA Events Manager Justin Majeks. “It’s been a great opportunity for the kids to surf the same patch of reef as the world’s best surfers soon will for the upcoming World Surf League (WSL) Margaret River Pro.”

SEE ALSO: A Podcast With Rosy Hodge, Being A Grom, The Blue Crush Generation & Women’s Surfing in 2018

South-West surfers showed their familiarity with the size and power of the waves on offer, winning six out of the seven divisions contested ranging from Under-12 Micro Groms through to Under-18 Juniors.

Emma Cattlin of Yallingup used her powerful approach to claim victory in the Under-18 Junior Girls division. Clinical in her approach, Cattlin used priority superbly to score a heat high 9.33 (from a possible 10) on her way to the win.

Cattlin edged out Jamaica Selby of Margaret River, Pemba Spargo of Albany and Maddie Cawood of Margaret River in an entertaining final that proves the future of female surfing in WA is in safe hands.

“I feel really good and I still can’t believe it,” said Emma. “I love competing out there and I think the wave really suits my surfing.”

The depth of female talent continued into the under-16 girls division with Maddie Cawood of Margaret River scoring a 9.0 (from a possible 10) on her way to victory ahead of Zali Hewson (Margaret River), Taiana Duncan (Kalbarri) and Coral Durant (Carnarvon).

“I’m so stoked to have made two finals and won the 16’s,” said Maddie. “The waves have been so good today and it doesn’t get much better than this for me.”

In other results from the weekend, defending State Champion Zali Hewson (Margaret River) captured an exciting Under-14 Grommet Girls victory. While Maverick Wilson (Mandurah) was unstoppable in the hotly contested Under-12 Micro Groms final.

Forming a key part of the WA surfing development pathway, the opening event of the 2018 Woolworths WA Junior Surfing Titles attracted the states best young surfers who are all seeking qualification to the Australian Junior Surfing Titles, which will take place in South Australia later this year.

“We’ve got some really impressive talent emerging at an incredible rate here in WA,” said Surfing Development Manger Tom Dickson. “We’ve never had access to the equipment, locations, coaching or support the kids do right now, so it’s good to see them making the most of their opportunities.”

After a memorable start this weekend in Margaret River, attention now turns to the second event of the series which will travel to Mandurah in May, where the journey towards crowing the 2018 WA Junior Surfing Champions will continue.

Future Australian surfing champions will receive further help to ride the wave to success, with Woolworths expanding its commitment to the sport to include Surfing Australia’s six affiliated State branches Woolworths State Junior Surfing Titles, with 18 events to be run nationally across six States in 2017/18. 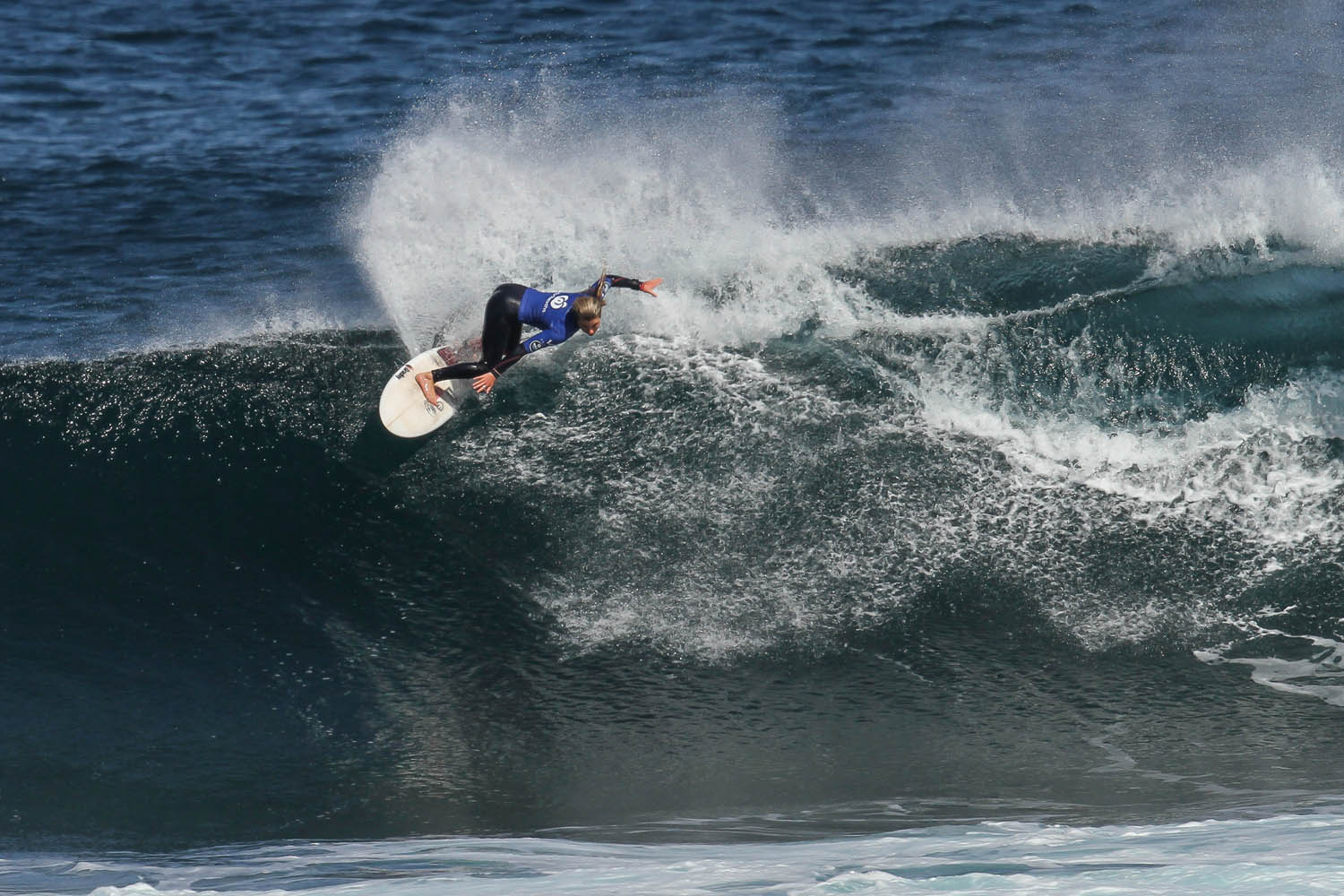 ABOUT Kassia Meador was a professional surfer and ROXY girl for 17 years. Her style and beautiful energy