It’s been a few years since there has been a professional women’s bodyboard event in Australia, despite having a number of world champions on our shores. On the weekend the ABA held the Dbah Pro, the fourth event of five for the men and the first of two for the women. We’re beyond stoked to see the ABA support the women and provide a monetary prize purse.

Nick Chandler of the ABA said they’ve been trying to work out a way to incorporate and build a women’s division back into the national tour for years, but the grassroots level hasn’t had the strength or voice to induce one. Nick has been working hard behind the scenes and has talked to us since our establishment about getting the women back on the schedule.

“We thought it would be driven from the grassroots clubs, but we realised that if we didn’t have a Pro event there was nothing for people to aspire to.” Said Nick. “So we were keen to get it off the ground but needed someone to drive it.

“Britt-Marie Ladley contacted me and said she’d be keen to get the girls involved. Britt is a multiple Aussie champ and has competed at a global level, so she knew all the girls and put in the work to get them keen again. The hard work paid off and we had a very successful weekend.”

Britt said she was absolutely stoked to be given the green light for the event. “The best part about coming back to the sport is hanging out with your idols.” Said Britt on social media during the event. “Hanging out with Stephanie Pettersen (4 x world champion & 6 x Pipe Master) and France Hazar (one of the sports legends), I am so grateful.”

Margaret River’s big wave charger, Rio Clark made her way to the east coast especially for the event and echoed the incredible energy that the 10 women brought to the beach on the weekend. “It felt like I was coming home.” Said Rio. “I’ve done events and competition ever since I started Bodyboarding as a little girl at 14. When I started I loved the community and the vibe. I felt accepted and respected as being involved in competition and this event was the same.

The event was live broadcast to Facebook over the event and despite the micro conditions at Dbah there were opportunities for mini barrels and sharp maneuvers. Having the broadcast brought a whole new angle and professionalism to the sport not only for the men but also the ridiculous amounts of experience and skill from the women.

“Being part of the media team gave me a real feeling of empowerment.” Said Rio. “It gave me a totally unexpected sense of pride and the vision on how I can help expand and contribute to our sport – not just in my riding. Throughout the broadcast, I got to talk about how much I love it and discuss that with the other very inspiring women. It was such a privilege to bounce so many ideas, share stories and make new plans. It’s a really exciting time for the sport.”

Millie Chalker from Forster is 16 and this event was her first pro event. “I entered into the event purely for the experience, to surf against all the amazing women who had entered. I surprised myself by making it through the first round. then the semi-final, and ended up with a third place in the final. Words can’t describe how stoked I am to have felt so welcomed and included all weekend.

Millie Chalker in the barrel, being cheered on by her coach and mentor Lilly Pollard. Photo by Shane Chalker Photography

Imagine the moment you compete against multiple times world champions and your idols of the sport. For Millie, that was equal to the excitement of her results. “To surf against world champs like Lilly Pollard and Stephanie Petterson was honestly, such an amazing experience and I loved every moment of it. I love bodyboarding because you can feel the power of the ocean, see the beautiful wildlife and experience the ocean from a whole different perspective.”

Millie started bodyboarding at 12 and has now been competing at club and state events for three years. “It’s so good to see organisations like ABA and APB including women’s events and supporting them to their full potential. I hope that this encourages more young girls to begin the sport as there is very few competing at the moment. I think it is such an amazing sport, which in my opinion everyone should try because it’s just so much fun.”

Lilly Pollard has conquered the craziest bodyboard waves in the world and has so much energy and passion for the sport it’s contagious. She’s won the Pipe Masters and also recovered from breaking her back out in the lineup, to return to competition. On the weekend, Lilly ran mini coaching sessions for the girls as well as competing in the event. She, like Millie, made it through to the finals and took out the $1000 prize money and first place. “What an epic couple of days culminating into a win.” Said Lilly. “Competing, coaching and spending time with some amazing people and old friends. I’m grateful for the time spent with everyone. Thanks to the ABA, APB and Choice Homes Queensland for bringing the women’s division back to the Aussie tour and supporting diversity and community in our sport.”

So what did the ABA think of the reception of the women on the weekend? Nick said, “It was better than we could have hoped. We weren’t sure how it’d be received but to have several heats run and a final stacked with Aussie and World Champions was better than we expected. We were really pleased everyone came along despite the swell forecast. We all knew it would be small, but we thought the weekend was more about getting together, sharing a few waves and having a bit of fun. And I think that’s how people would describe it.

“I think the future for Australian Women’s bodyboarding is really strong. Ben Oborne (ABA General Manager) and I feel it is a critical piece of our strategy moving forward. We decided to try to put two events together this year, and following the success of Dbah I can see it is likely we will expand the Women’s division to other locations next year.”

With the success of this first event and the incredible energy that came from it, especially with talent like Millie Chalker among a group of other talented younger women, we’re confident this is the start of an upswell for women’s bodyboarding in Australia. There are two events coming up and we’d love to see you there! The Mermaid Society is putting its full support behind the development of women’s bodyboarding.

The finalists and place-getters of the 2018 Dbah Pro 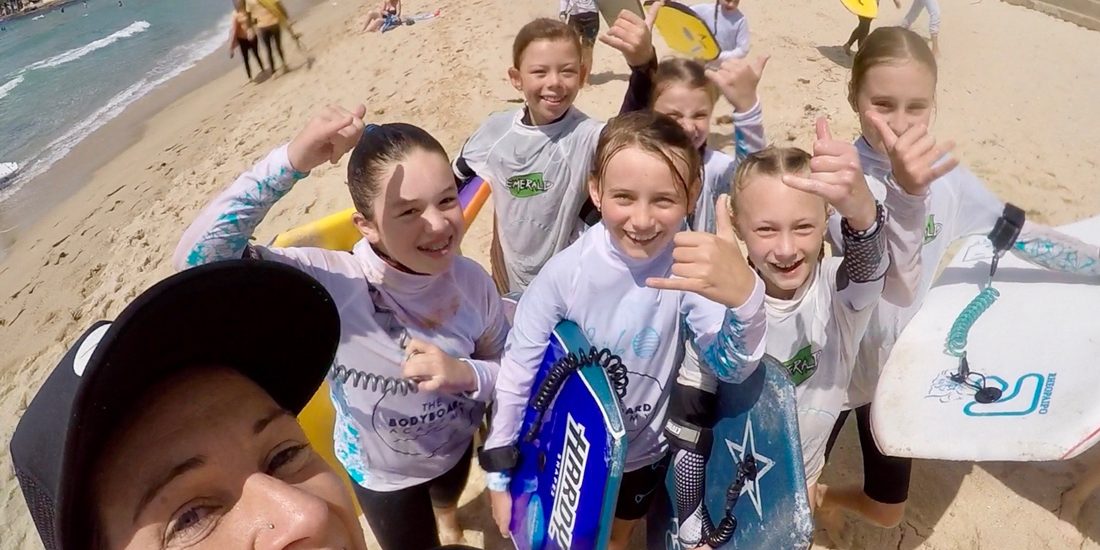 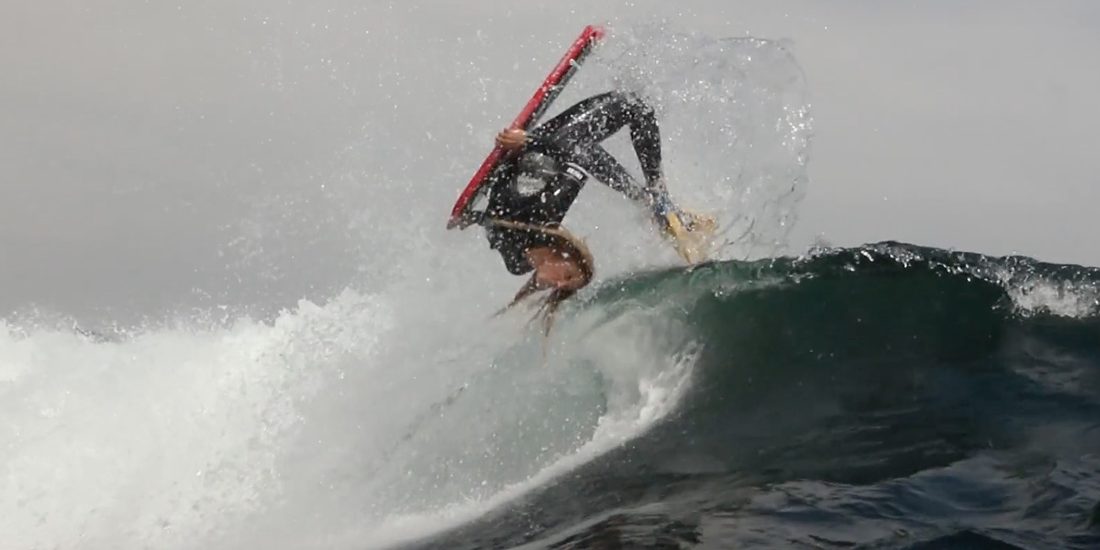 Bodyboard, Clip of the Week, Videos

CLIP OF THE WEEK: Alexandra Rinder On, Some People Don’t Even Know What This Sport Is About