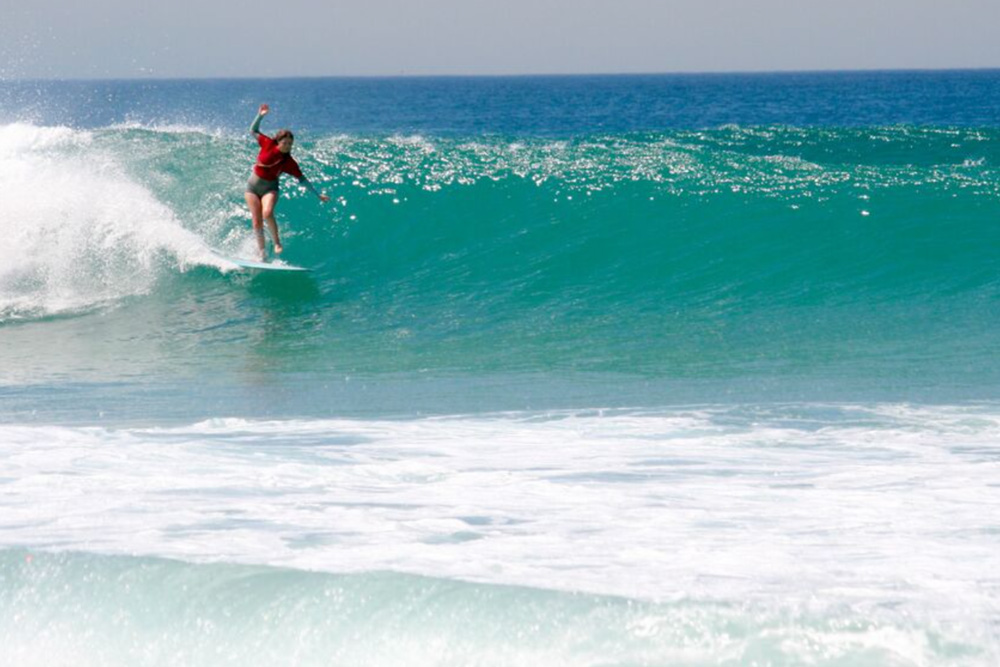 16th October 2015 – Someone once told me that Newcastle was full of mosquitoes. Like, enough mozzies to drive you insane, and would suggest I never go there. But as we pulled over the hill facing Dixon Park beach on Saturday morning, we were greeted with conditions as far from mosquito ridden as you can imagine.

The kind of hazy blue where you can’t tell when the sea ends and the sky begins. Lines stacked to the beach, and bodies, bodies everywhere. The shore was lined with pink flags, pink tents, pink giant blow up flip-flops – this was Tubes 4 Boobs. 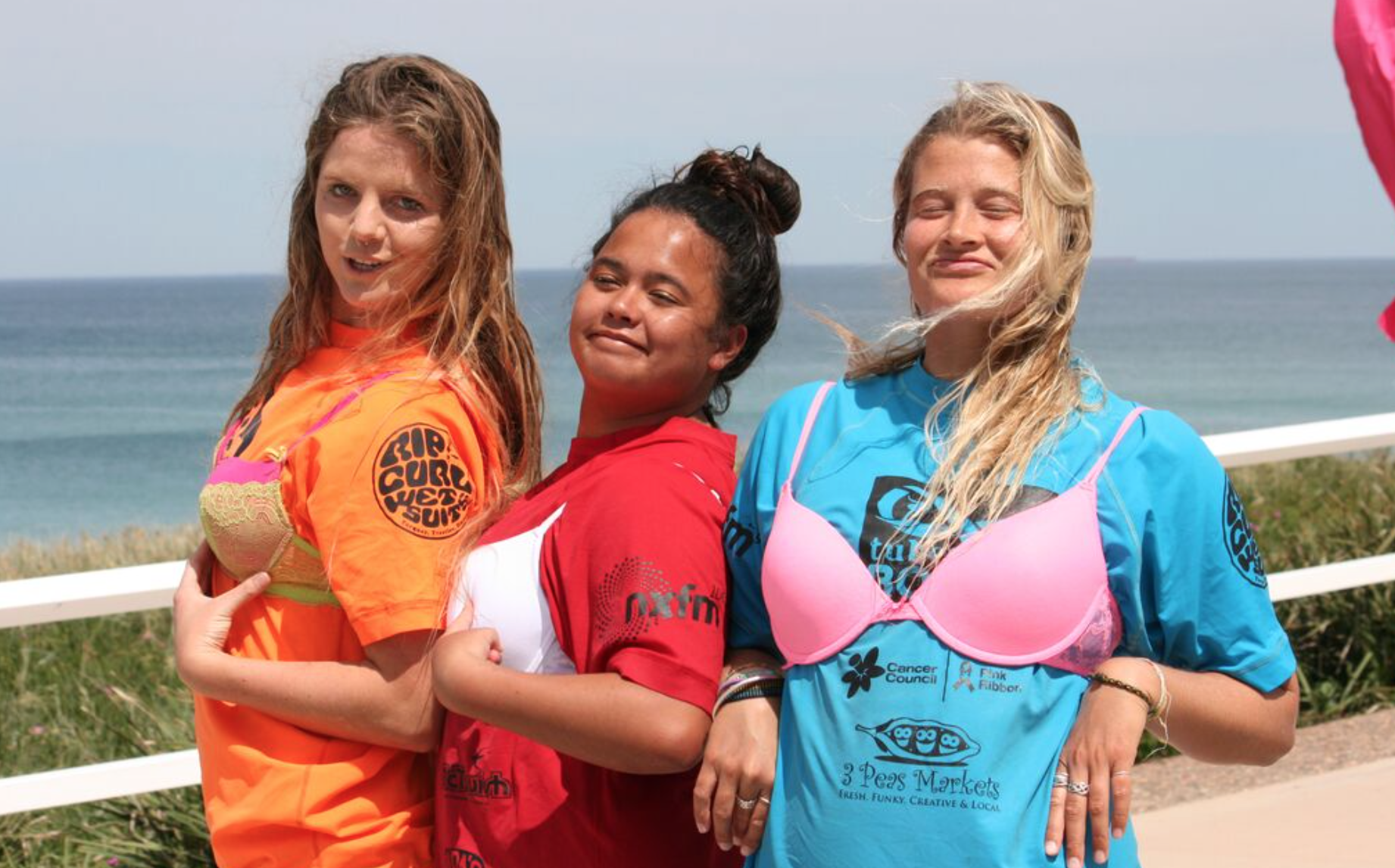 The girls proud of their achievements! Photo by Lizzie Roach

Toobs 4 Boobs is a fresh new longboard contest organized by Newcastle locals Marlin Guihot and Courtney Bower. Set up as a fundraiser for the Pink Ribbon Foundation, competitors were asked to fundraise online in the lead up to the event and all proceeds from board raffles, a trivia night and a day time market went into the fund.

The backstory follows that Courtney’s mother has survived breast cancer and her grandma has recently been diagnosed with the disease. With this as motivation to create change, knowing that everyone is touched by the disease in one way or another, Courtney and Marlin set out to raise ten thousand dollars for The Pink Ribbon Foundation.

It’s interesting the way the vibe of a contest changes when it’s charity based. No one is really there for the glory. Everyone has lingering in the back of their minds the real reason they have turned out, which breeds a vibe of camaraderie and a comp not-comp kind of approach.

The swell dropped on Sunday, finals day. It was small and perfect and packed with aggressive Merewether locals. Offering no deterrent however, the women’s retro final was taken out by Anglesea’s Sam Suendermann over local girl Philippa Anderson and Amelia Bourke. Later in the day, on the incoming tide, the open women’s final took to the water.

Maybe one of the most fun finals I have ever surfed, we chatted and called each other into waves, the hot sun doing it’s best to bleach our hair. With most us probably reaching our wave limit, and no one on the beach being able to pick the results, Cronulla’s April Charles eventually took the win over current state champ Lara Murphy and Sam Suendermann.

It was balmy as we drove out of town, salt weighing down my eyelashes, my arms heavy from a weekend in the water. I wound down the window as we flew down the highway. I didn’t want to go back to the city. I thought about driving north instead of south. The contest raised 20 thousand dollars – double the target amount. Stopping at the next traffic lights I leaned out to watch the sunset. In my ear was a slight ring, a buzz and there in the dying light I could see it. Mosquitoes. Millions of them lingering, waiting, taking care of their city.

Massive thank you to Marlin and Courtney for putting on such a great event, to Ripcurl for kitting out the girls in the bikinis and to everyone who donated to a cause pretty close to home for most of us.

OPINION // BY LUCY SMALL // SALTWATER PILGRIM  TO THE WORLD OUTSIDE SURF & WOMEN EVERYWHERE, HERE'S THE DEAL. A

OPINION // SALTWATER PILGRIM LUCY SMALL  #BeBrave, Use Your Voice I have always thought that the best way to