27th July 2015 – The Paul Mitchell Super Girl Pro is the largest women’s surf event with over 120 starters. The 3 day event held at Oceanside in southern California provides a gateway for junior pros and qualification series surfers to put on show their world class skills in front of the huge American Summer crowds.

We saw the likes of Chelsea Tuach, Isabella Nichols and Caroline Marks some of the world’s best juniors come up against Coco Ho, Lakey Peterson and Silvana Lima is what was a great celebration of women’s sport and surfing.

The girls were lucky enough to score some great 3-4 foot waves on the 2nd day of the event where the event filtered through to the round 6 for the girls. It was great to see Isabella, Philippa and Chelsea make it through to this round against some of the top 17 in the world.

The semi finals saw the best of the best as well as a drop in swell on the final day. Tatiana started off strong in her semi against Nikki Van Dijk who was slow to find her feet and ran out of time and waves after putting a 5 point ride on the scoreboard.

Super Girl defending champ Sage Erickson locked in a 7 early but that only fuelled an on-fire Courtney Conlogue who came back with a 6 and 5. Sage couldn’t find a 5 to get her back in the lead and relegated her title position as Courtney moved through to the final.

Tatiana and Courtney took to the water for the finals as hungry as each other for the QS 6000 win. There was no stopping Tatiana’s signature vertical snaps giving her  the outright start over Courtney. As Courtney came back with a 7 and 5 Tatiana got fired up and posted a 6 to take back the lead. Courtney came back with  6 but as the time ticked away it wasn’t enough to get her through the last 2 minutes handing Tatiana the 2015 Super Girl title.

“I haven’t won a 6 star yet so this is amazing, thanks to my crew for all the support and I’m so stoked to win this event! This means the world to me and I can’t believe I beat Courtney, she’s an amazing surfer.” Said Tatiana after her win. 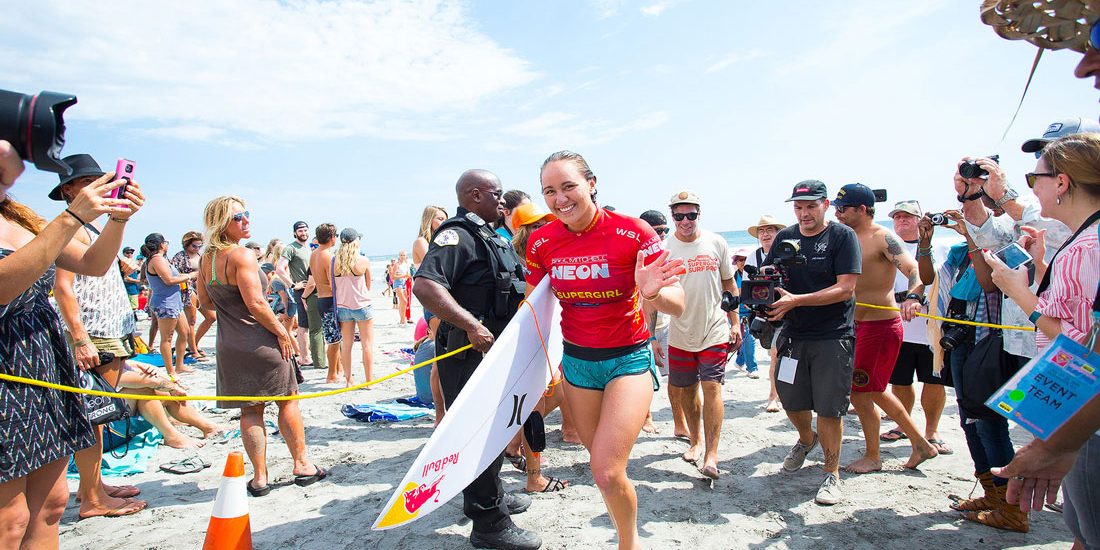 In the lead up to the Swatch Girls Pro at Trestles in California this week, Tatiana and 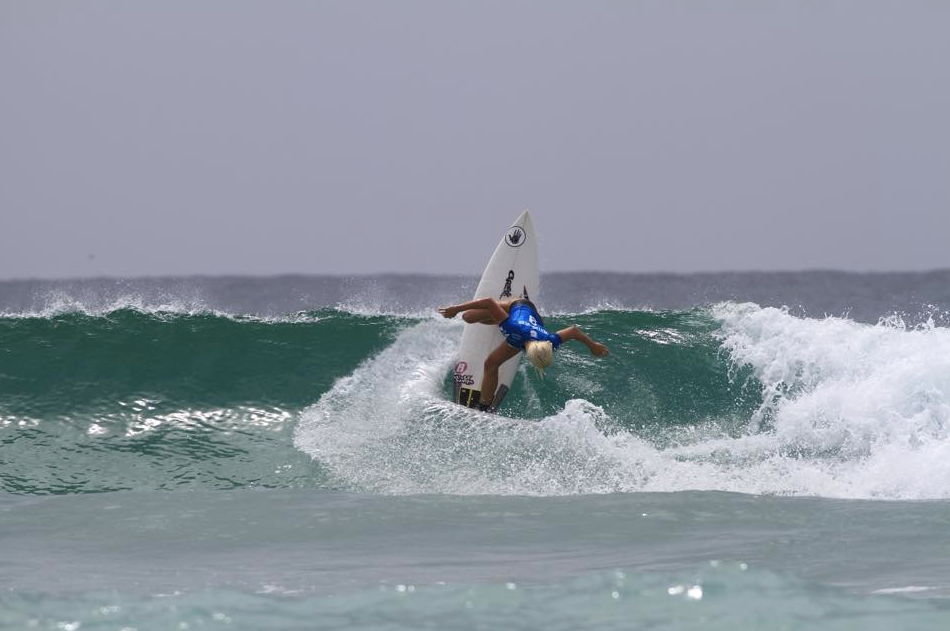 What does Body Glove’s Tatiana Weston-Webb think about the WCT so far?

What does Tatiana Weston-Webb think about the WCT so far? (TOP - Tatiana at her first WCT event