During a routine dawn SUP last week in Dampier (North Western Coast of Australia), I encountered a Great Hammerhead Shark (Sphyrna mokarran). Easily identified by its very large, tall sickle-shaped dorsal fin, and likely measuring about 2 metres in length……and no one around to know, except my mate Stu who was hundreds of metres down the beach. Sharks, not so scary, until you’re alone, it’s big, and you’re just not quite sure if it’s interested…. I’ve dived with many a shark before (tigers, reefies, leopards, mako’s, bronze whalers, wobbies and so on), but this one caught me by surprise. 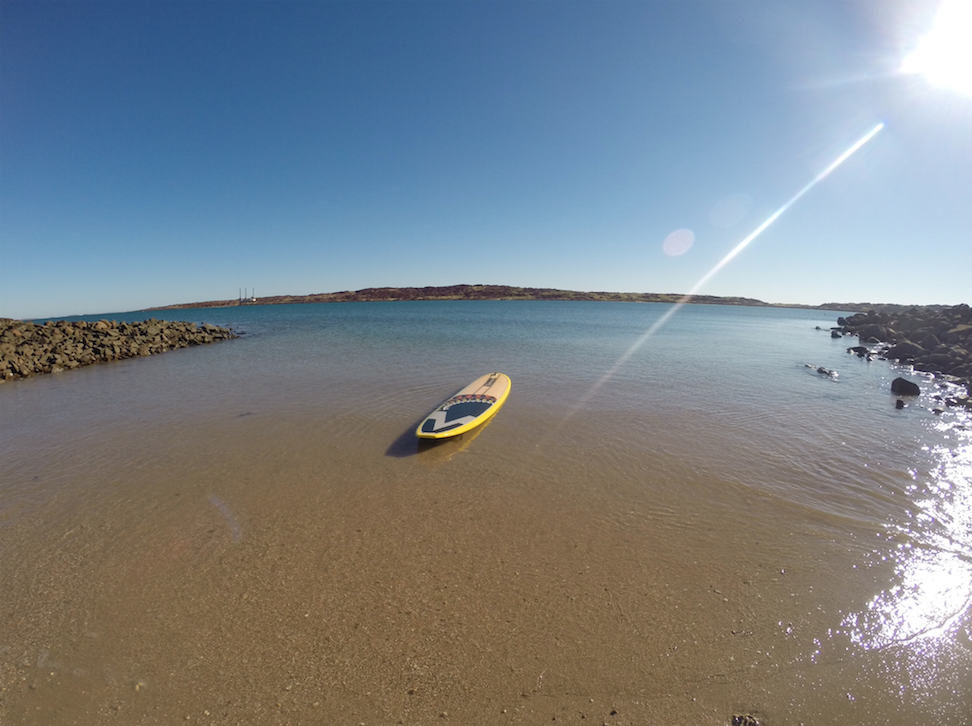 That chilling feeling immediately gripped my body, and I subconsciously started screaming “don’t fall off, whatever you do Rachael, do not fall off”. Although my somewhat functional brain was telling me that it was very unlikely that it would take any notice of me, and is probably feasting on its daily breakfast of rays and crustaceans, and is truly a magnificent pre-historic creature; my gut was clearly unsettled by the thought that it might be interested. This feeling was multiplied when the fin turned towards me …. 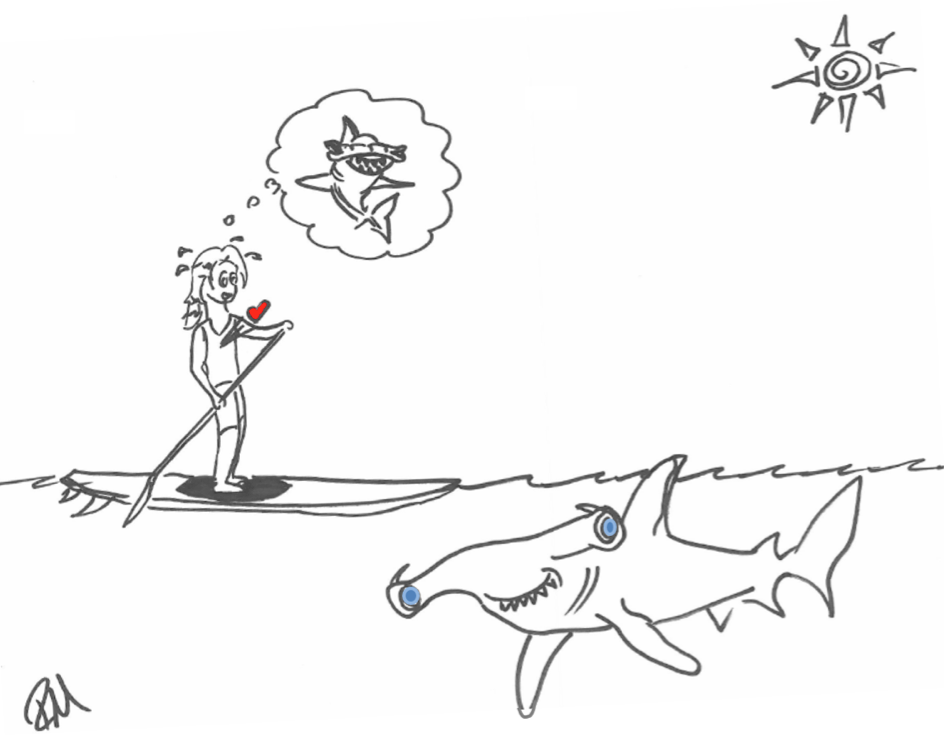 The problem was, it was hanging out between me and the shore, and my gut did not like that part of the situation. What made it tip the scales, was my two dogs were on the shore with a friend, and were very interested in swimming out to me on the paddle board. So each stroke of the paddle got faster and faster, whilst keeping a keen eye on the dorsal fin of this beautiful/daunting/possibly hungry?…. fish. You can just picture it.

After making it to the shore to two oblivious ecstatic dogs, I looked back and saw nothing. I had no idea where it had gone. That is just the reality isn’t it? When we enter the sea, we enter their territory. However, it did make me wonder whether being on a SUP and paddling attracted the shark, or whether it rated very low on its interest scale. So I started doing a bit of ad-hoc research and came across some interesting videos, particularly the one below. It aired during Discovery Channels “Shark Week” in 2011 where Shark Expert Chris Fallows paddle board with a great white off the coast of South Africa. I’m not convinced this chap had his head completely screwed on when he thought it was a good idea, but good on him none the less…. I think.

The great thing about SUPing, is at least you can get a view of what’s in the water. When you are surfing, you are sitting or lying on the board with legs/arms in the water and can’t see a thing. I for one am definitely happier on a SUP encountering our finned Elasmobranch friends, than on a surf board, but I think the relationship between Mr hammerhead in Dampier and I will take a bit of work. 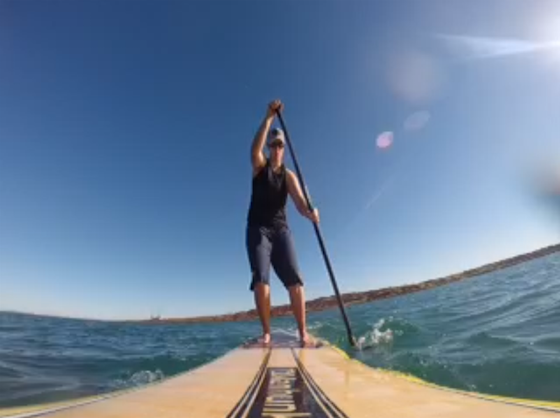 > The Beautiful Art of Heather Brown

> In Destin They Play by Madi Quinn