Girls of the sea have chosen, Maria Fernanda of Mexico City as the 2018 International Surf Photographer Search presented by Braven, People’s Choice winner. Maria, 29, is no stranger to massive surf, photographing some of the biggest waves the Pacific Ocean has to offer. She was a competitive swimmer from age seven to 19, always having time in the water apart of her daily routine. She has dedicated her life to spending winters in Hawaii, and being at home in Mexico the rest of the year while also traveling to neighboring countries with great surf. Maria’s photos revolve around big wave surfing, not only shooting men on massive waves, but also a handful of women.

Surfing was introduced to Mexico not that long ago. It’s not really a sport that has a lot of support or money. It is just starting to get more people interested in learning the sport and lifestyle.

Right now, my favourite and most meaningful photo is the one that I took of my late friend Oscar Moncada. Zicatela, in Puerto Escondido, is one of the most challenging places to shoot especially when the waves are big. It’s such a heavy shorebreak and you have to be battling the current nonstop. This photo means so much to me because it was the last photo and best shot, that I took of Oscar Moncada. The fact that it is taken in my country, of the best tube rider of Mexico, a couple days before I got injured (I had to be out of the water for months after my injury) and of my friend that I never got to see again after that, makes it so so special. 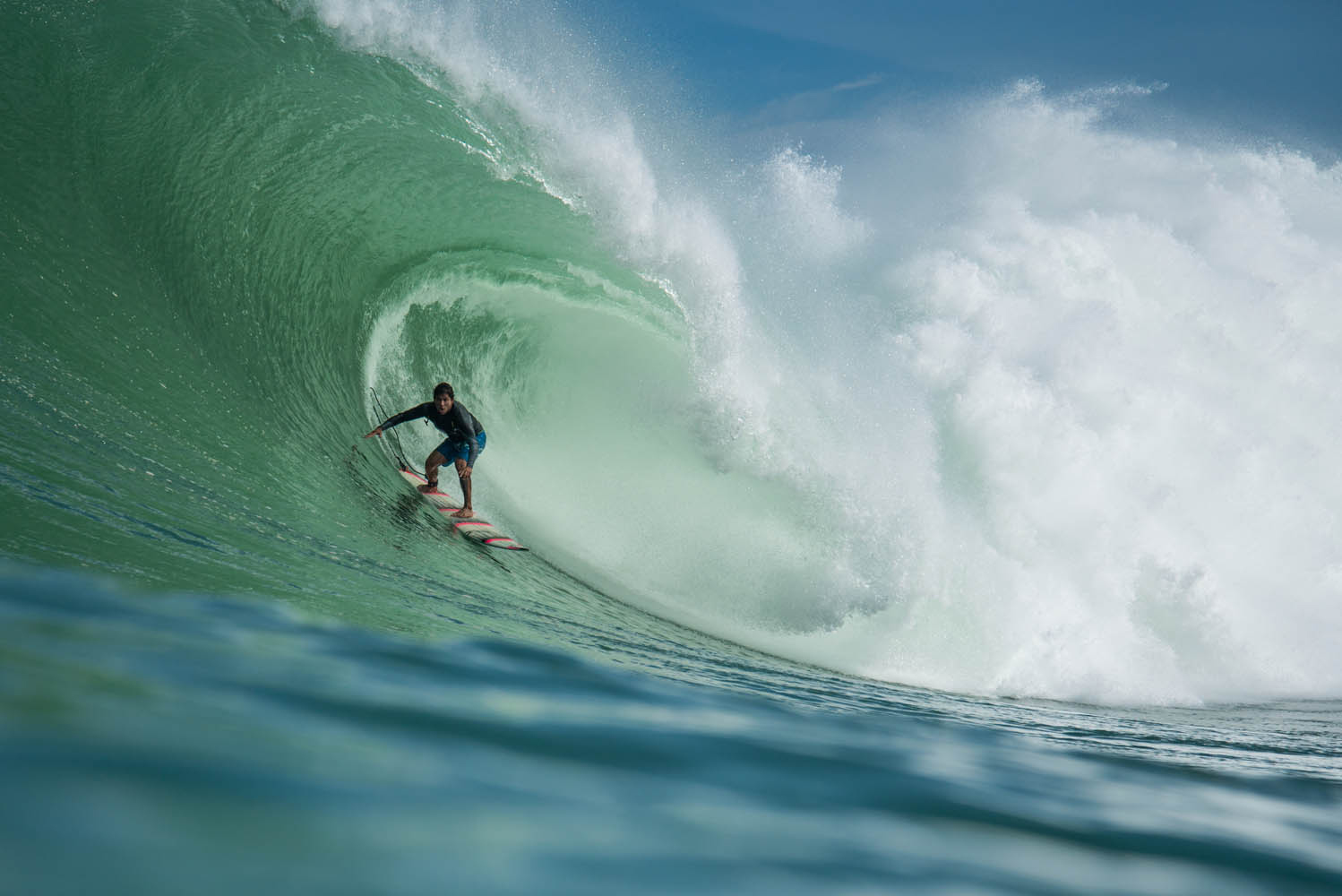 “The eternal ride with Oscar Moncada.”

I’ve always been really competitive and I like pushing limits even if they are just my own. I guess shooting big waves just happened and once I started, I realized how alive they make you feel. Nothing else compares to experiencing the full energy and power of the ocean. Very few people get to experience such views in real life, so capturing the action happening on big waves allows people who see my photos experience that same feeling.

I have shot from a ski, but I honestly don’t really like it as much as swimming. I feel like you are not as immersed in the complete energy and power of the waves. Being on the ski is not as much as a physical challenge, and I do get bored at times. Although, there has been times where there is not much of an option when the waves are so massive and so much water moving that you need that extra height to have a better visibility. If given the option, I would choose swimming.

It is a magical place, crystal clear barrels with perfect shape. Even though you can easily shoot from a boat or a ski there is no comparison to be swimming and feel the energy and have that view a little closer.

I think I was the first woman to shoot from the water with waves of decent size, which I am proud of. All the locals where so nice and so welcoming, truly amazing people.

I think this is just the beginning. It’s gaining more and more recognition, with women raising the bar each year. It is going to take more time, more effort and more women that want to keep pushing the limits and not be scared to break stereotypes.

I really think we are making a great impact, at least that’s what I would like to do through my work, for younger generations. Teaching them that they can achieve anything they dream of if they work hard and prepare for it. I believe that when we have a gift or a passion we are responsible to use it for a greater good and share it with the world.

Maria was the People’s Choice WINNER of the 2018 Mermaid Society Surf Photographer Search presented by Braven. Her three images were unanimously voted by the public. View the 20 finalists HERE.

Check out more of Maria’s work on her Instagram.

“Emily Erickson defies Waimea monsters as others fall around her.”

EVENT // 2018 PUERTO ESCONDIDO CUP  One after the other, events and event directors are waking up. Many