Today was a memorable day in the history of surfing.

Every year that the Roxy (and Quiksilver) Pro events are the season opener at Snapper Rocks on the Gold Coast, it’s hit and miss whether a cyclone swell will whip up pumping conditions and ignite the infamous Super Bank. It has happened a couple times, that the timing is just right and the sand that holds the Super Banks waves is in the perfect spot.

When it gets big enough, and by big enough we mean that Snapper Rocks is maxing out, the mobile event has the potential to shift down into the heart of Rainbow Bay on the north side of the Big Groin to Kirra. Kirra’s banks stand long and on the bigger swells guarantee barrels that blow minds. It’s also a natural amphitheater for crowds.

So, at first light this morning we gazed out into the sea-mist thick Gold Coast air to see pipe dreams. Snapper was pumping and Kirra was blazing. Tyler Wright’s little buddy Caleb Tancred was out there. It was barely light as he dropped into a six-plus second solid barrel.

As the news spread of the location change, the crowds gathered to stake their vantage point for the day. A sea of photographers with their longest lenses, a swarm of grommies scampering the shoreline and rocks – was it a pupil free day in Queensland today?

Whenever there is a swell like this on the Gold Coast people line the long windy pathways that weave through Rainbow Bay, an International Surfing Reserve. It is spectacular to watch, surfer after surfer drop into perfect, turquoise tubes. Today the crowd was thick and the energy was raw. There was a high representation from the Sunshine Coast on hand to cheer two of their World Championship contenders; Julian Wilson and Keely Andrew.

The women’s semi was drawn with Lakey Peterson taking on Malia Manuel then Sally Fitz against Keely Andrew. On paper, and possibly in your Fantasy Surfer teams, this would be an easy pick, or would it? The commentators were backing Malia, who by their standards had ‘more barrel and big wave experience.’ But let’s not forget, this time last year Lakey Peterson made it to the finals where she came up against Steph Gilmore. She’s also freshly engaged and has been training down on the raw Victorian coastline.

Lakey was all over it. Pretty much, all over Kirra and she’s got a fire burning right now that looks like it could give her a hands-down free-ride to a World Title.

Sally Fitzgibbons has no fear in the water. She’s taken on some gnarly waves, air-dropped stories of buildings and slotted into the heaviest pits. She was picked as the fave when she came up against Keely Andrew. But here’s the thing. There’s something different about Keely right now.

Before qualifying for the big league, Keely was a dominator and he had all the moves. Like ALL the moves. She was busting airs and reverses like it was no one’s business. She’s light, agile and fast. When she scraped into requalification at the end of last year there appeared this little buzz, nearly like, I’m not gonna play it safe anymore. Well, I think Keely’s artillery is set and loaded. Don’t underestimate this woman’s power and prowess in the competitive arena.

So why was today a memorable day in surfing history? Well because we saw the rise of two new ultra-competitive athletes. We saw them perform in world-class conditions and we saw them come alive through screens all over the globe. This week, in fact, we saw the women taking risks, we saw aerial maneuvers, 360’s and fast surfing. Do you know what was so exciting about today for me, it’s that yes pro surfing is shifting, but it feels like it’s shifting a gear. Shit is about to get real and I love it.

*Lakey Peterson was surfing the Channel Islands Rook 15 surfboard, available through OnBoard Store. 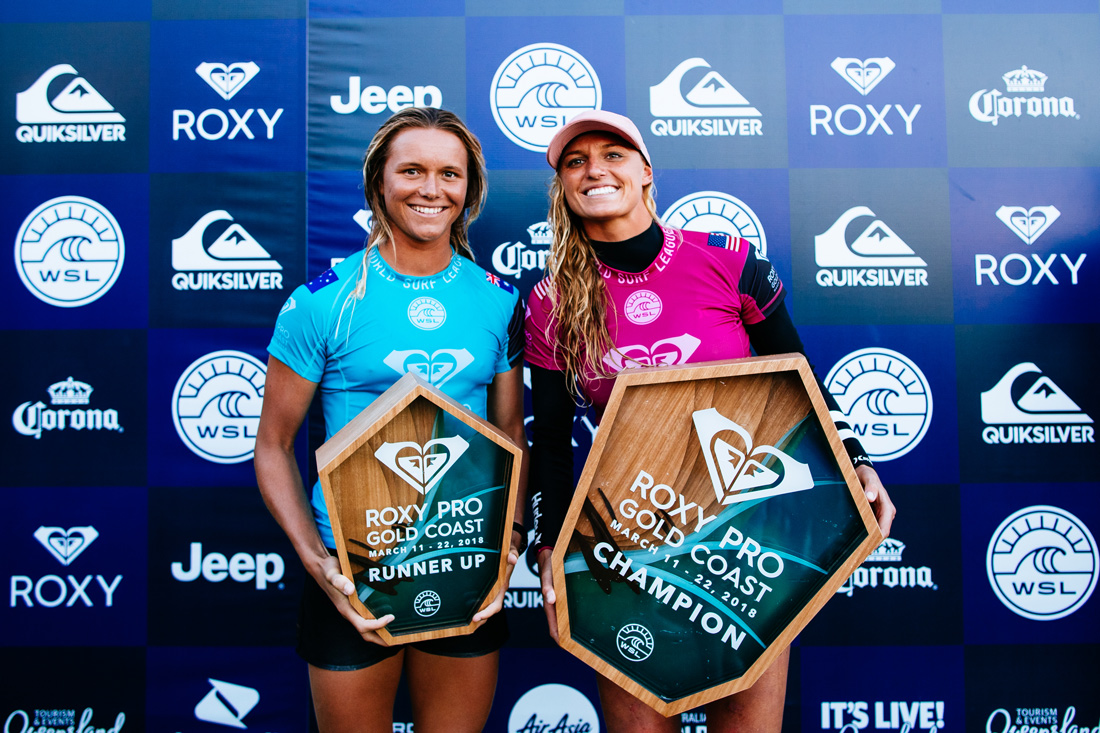 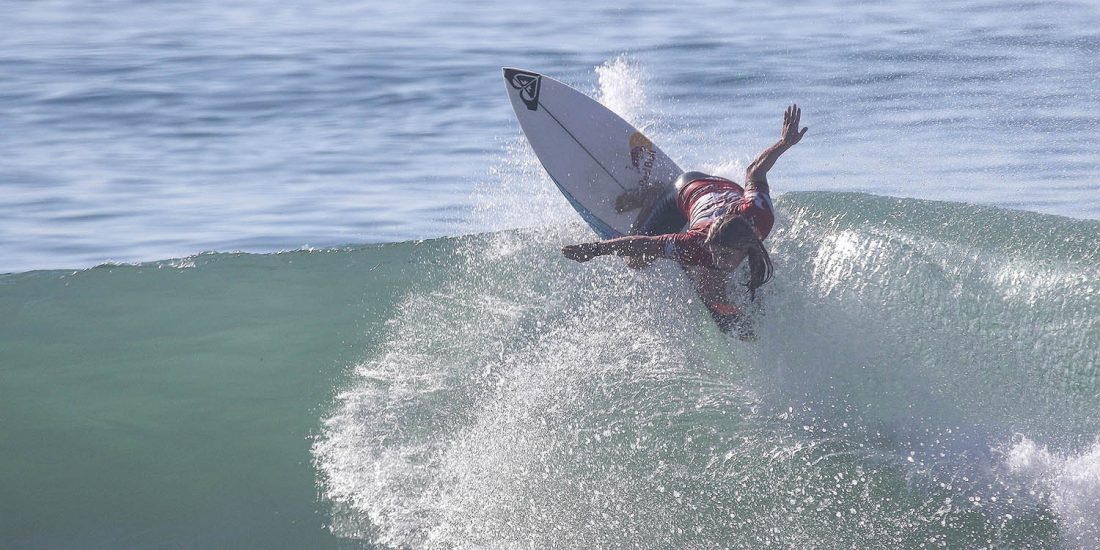