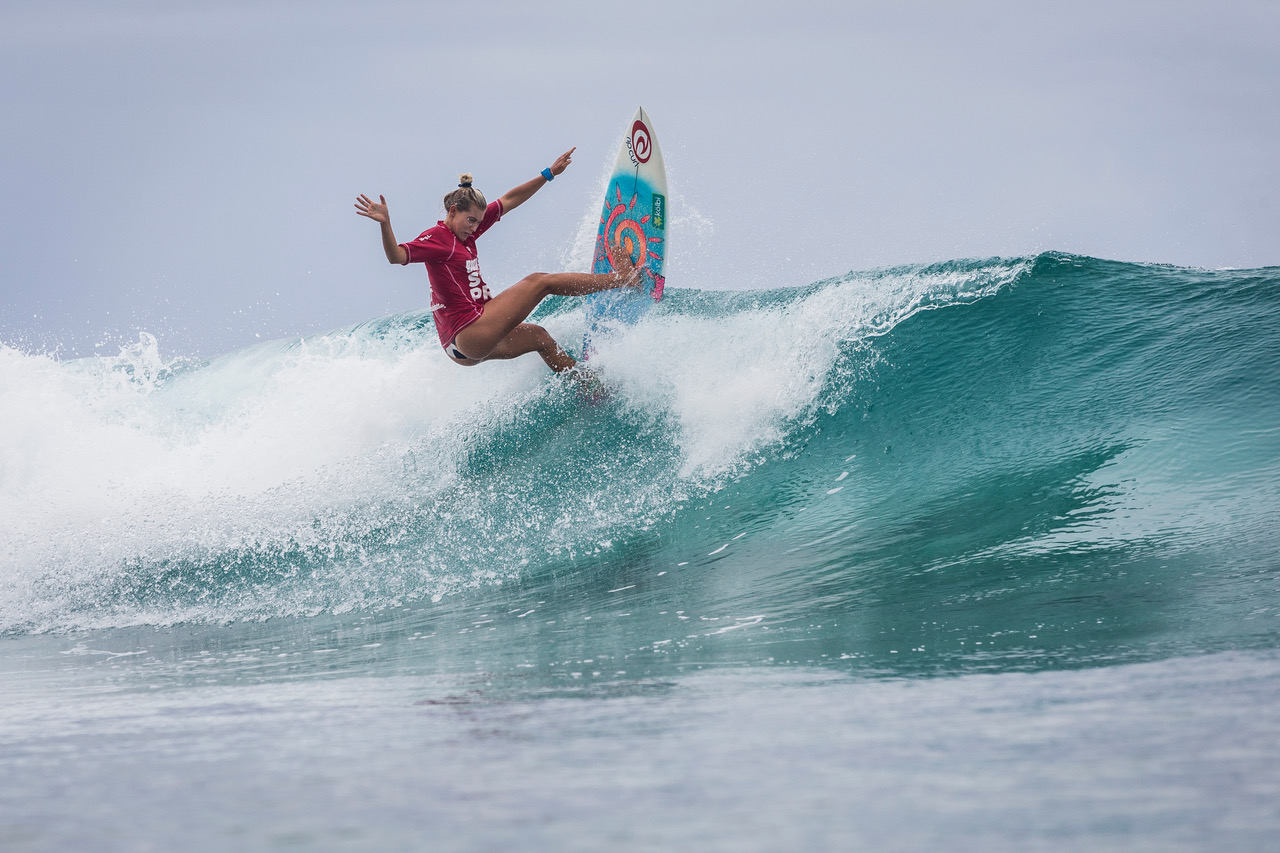 The World Surf League (WSL) Barbados Surf Pro Qualifying Series (QS) 3,000 finished up today at Drill Hall Beach in a decreasing two-to-three-foot swell but fun waves at the left reef break. Once again the QS leaderboard gets a shuffle.

The two teenagers Leilani McGonagle from Costa Rica, 18 and Summer Macedo of Maui in Hawaii, 17, battled it out in the finals after three weeks of competition in the Carribean, for the top spot on the women’s podium. Both girls have already had a big year travelling internationally for a number of competitions on the WQS and are building more and more experience. Today it showed as they both executed a high level of surfing in a final that had as little waves as the Rip Curl Pro Bells Beach.

Leilani took the final with only two waves, and the 3000 points that came with the top honour. She was stoked to say the least.

“I feel like I need to pinch myself, I really can’t believe it. Ever since I arrived in Barbados this year, I just wanted to win for Zander (Venezia),” said a teary-eyed McGonagle. “Last year at this event we had become really close and it was emotional for me to come back for the first time since he passed. He is someone I carry really deeply in my heart and when he passed away I wanted to win this event for him. I thought about him a lot this week and had a dream about him the other night. This is dedicated to him.”

“The whole heat I was just thinking that I shouldn’t go on these little waves, so I sat for the entire heat with priority,” McGonagle continued. “With about a minute left, I knew the requirement was only a one-something, so I finally committed to a little wave and got a two something. It was definitely the most stressful last five minutes I’ve ever had. I would have loved for it to be pumping and we got to go wave for wave, but we had that earlier in the event and I’m just thankful I got to showcase my surfing then. It went my way in the Final.”

Her runner-up finish at the World Junior Championships earlier in the year, has given Summer a strong and confident kick-off to 2018 where she’s already showing her colours. “I’m disappointed to make the final and not win,” admitted Macedo. “But, really just in myself for a priority mistake that cost me the heat. I know I just have to learn from those things and keep going. I got 2nd place, that’s great! I’m sure I’ll wake up in the morning and be happy as a clam.

“I had some super close heats and didn’t win my first heat until yesterday,” said Macedo. “That always puts a different spin on the start of the event. Sort of like I’m through to the next round, but I was close to getting knocked out. I felt like a bit of a dark horse and I know I’m good on my backhand and it was a good opportunity to go left and work on my surfing. I’m happy and have enjoyed the whole week.”

The former World Junior Champ, now representing Japan, but residing in Hawaii, 20-year-old Mahina Maeda, finished equal third today after llosing out to Leilani in the first Semifinal. With some of the most powerful and fluid surfing of the event, Maeda has found a place in the competition that eluded her in 2017. “I’m really stoked to have made the Semis,” said Maeda, positively. “I haven’t been making too many heats so far this year, but my surfing feels good. It feels like a bit of redemption for me, just getting some recognition for what I’m doing. Last year was my worst year on the QS, so I sort of stopped competing for a bit. This feels like the result I needed to stay motivated right now.

“It’s always a bummer when you don’t feel like you get to show your ability. Going into high tide, the heats got slow and, in the end, I just needed another opportunity. It happens though and I’m happy with the way the week went. I wish we had more lefts on tour.“

Events, Feature, Long Board, Short Board

NSSA Maui Results From Lahaina Harbor Event 2   (TOP - Girls on fire in the Harbor, Photo by 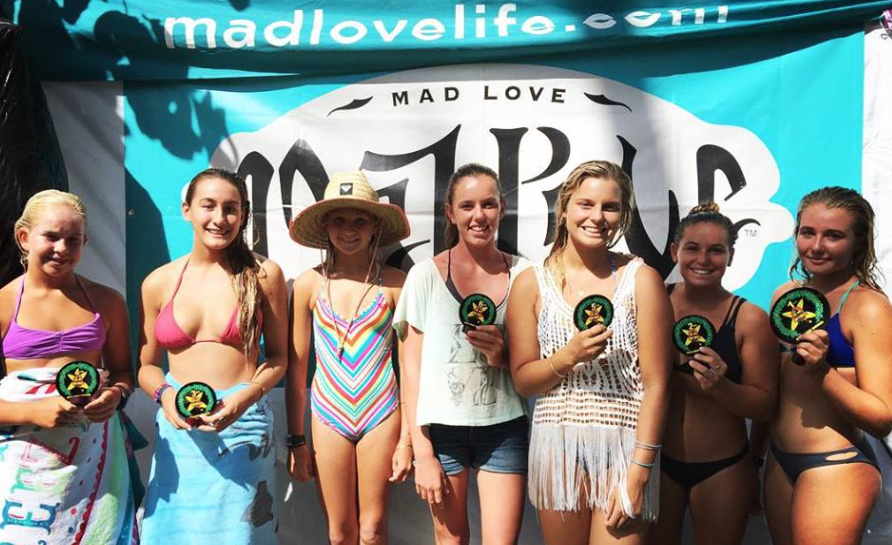