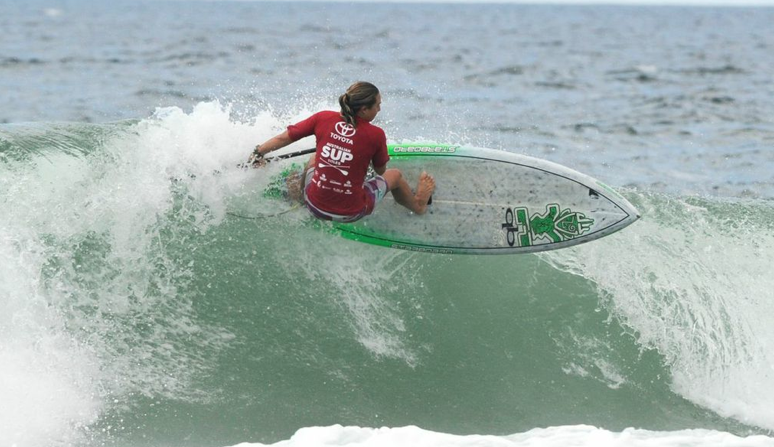 It’s been a massive couple of weeks in the SUP world with so many National Titles taking place as the year draws to an end. This weekend was Australia’s turn with Snapper Rocks on the Gold Coast playing home for the multi day Toyota Australian SUP Titles.

With an onshore South East wind and  a half metre swell the girls battled it out in a number of categories that included prone paddling, standup and wave riding. The conditions were challenging but despite this there were some outstanding top level athletic performances.

In the women’s surfing final, Emma Webb (11.90) took down defending champion Shakira Westdorp (11.70) in a final that was a roller coaster right down to the buzzer. Requiring 5.40 for the win, Westdorp fell short with 5.20 to provide Webb with her second national SUP title. Hannah Finlay-Jones (NSW, 5.55) was third with Jenny Ryan (NSW, 5.40) fourth. Emma Webb won the 2010 national SUP title and already this year had secured the 2014 Australian longboard title. 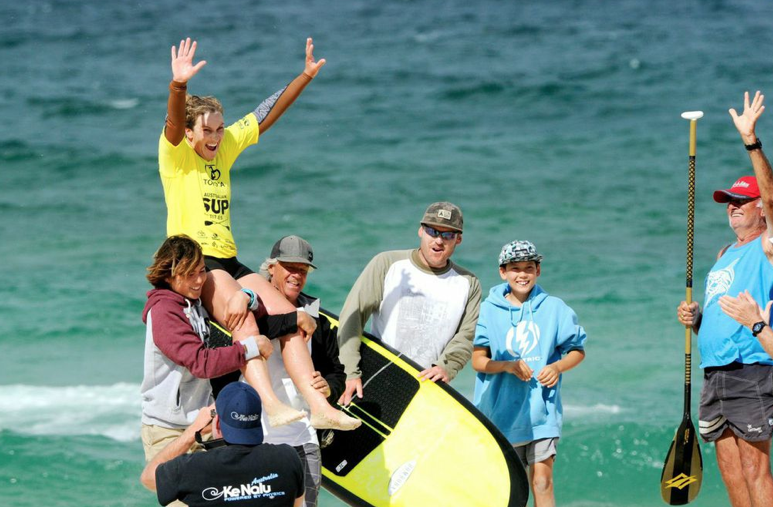 Emma said after her win “It’s a credit to all the girls that went out there as it was unbelievably difficult and tricky. I knew I was leading but with Shakira, she is just such an awesome surfer and anything could happen in those waves. I felt she was getting stronger and I was getting weaker as the heat went on so I’m really happy to get the win.”

In the Women’s Marathon is was former Ironwoman Karla Gilbert who kept the pace just in front of Terrene Black and the field of paddlers on the course between Snapper, Bilinga and Currumbin. It wasn’t all smooth sailing for Karla as the finish approached Terrene closed the gap and challenged Karla with a paddle paddle right to the end. Karla took the title in a time of 1:53.04 with Terrene only a few metres behind.

“That was a pretty brutal race,” Karla said after her win. “It wasn’t too bad at the start with the wind behind us but as soon as we turned at Bilinga it was like a funnel of headwind coming straight at us.

“I tried to save a bit of energy going into the headwind, but once you turned it was a pretty good run. I think Terrene took a better line than me to Currumbin and then she got that wave so we had a little battle coming up the creek.” 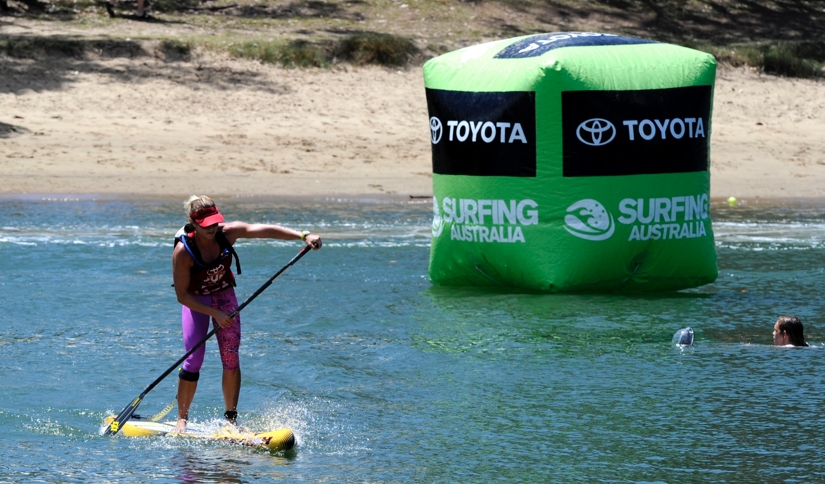 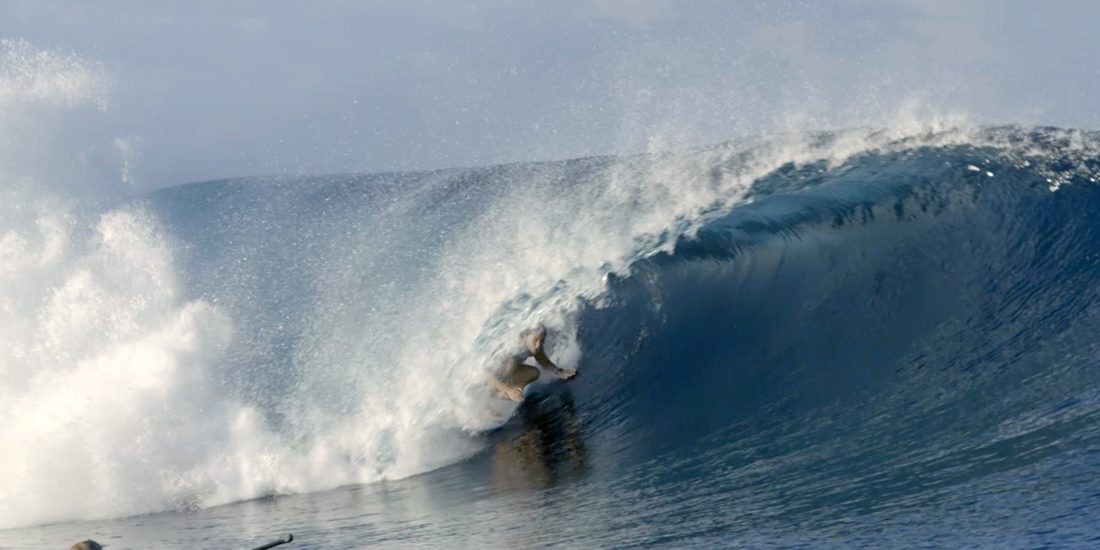 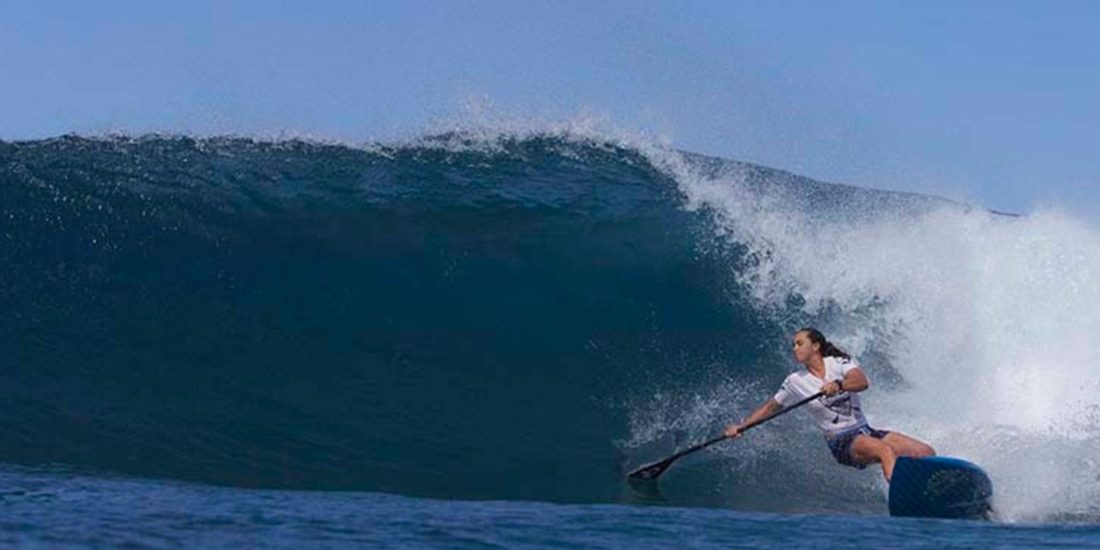 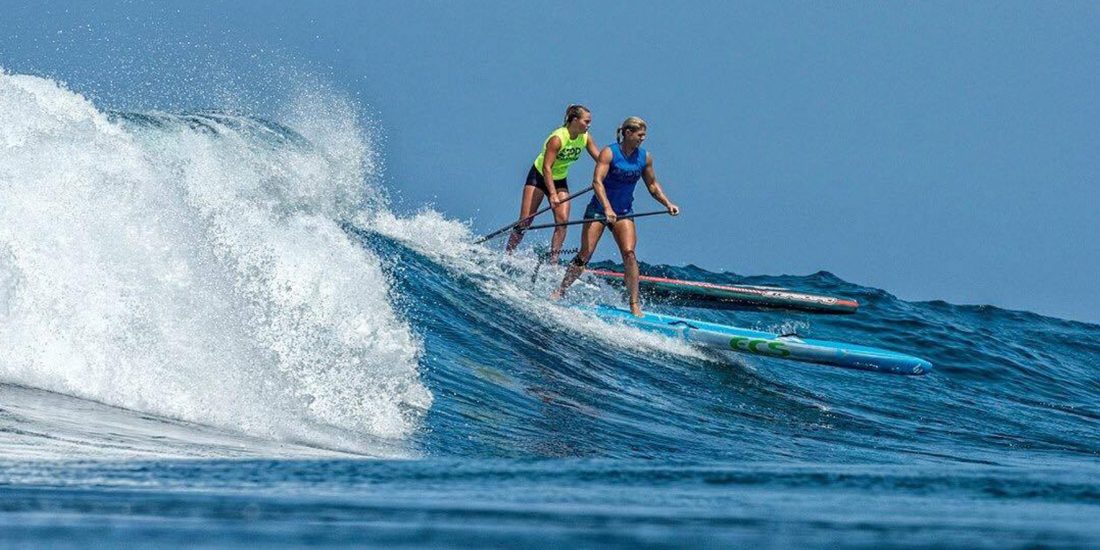