The Rip Curl Grom Search event in Queensland has wrapped up today after starting the week with small waves, some bigger swell showed up for finals day at 3 foot. Ren Hashimoto (Tugan, QLD), Alyssa Lock (Coolangatta, QLD), Kirra-Belle Olsson (Copacabana, NSW) and Laura Poncini (Moffat Beach, QLD) battled it out in the all the important 16 and under girls final which saw these top four surfers hold a piece of first place in the 20 minute heat. In the end it was Ren Hashimoto (Tugan, QLD) who was victorious over her rivals respectively.

With this win, Ren has now relegated herself into qualifying position for the Rip Curl Grom Search National final to be held at North Narrabeen early next year. Alyssa Lock, Kirra-Belle Olsson and Laura Poncini are just a few names that will accompany Ren in next year’s national final.

In the 14 girls it was Alyssa Lock who took the front run against a similar final to the 16s. Alyssa edged out Kirra-Bella and kept young gun Zahli Kelly at bay.

Yet again we report with Zahli Kelly’s Queensland dominance by taking out the under 12s division against Lily O’Sullivan, Holly Williams and Raya Campbell after posting a massive 9.0 ride after a week of very high scoring waves. She’s going from strength to strength and is defiantly one of Australia’s brightest young female super stars. 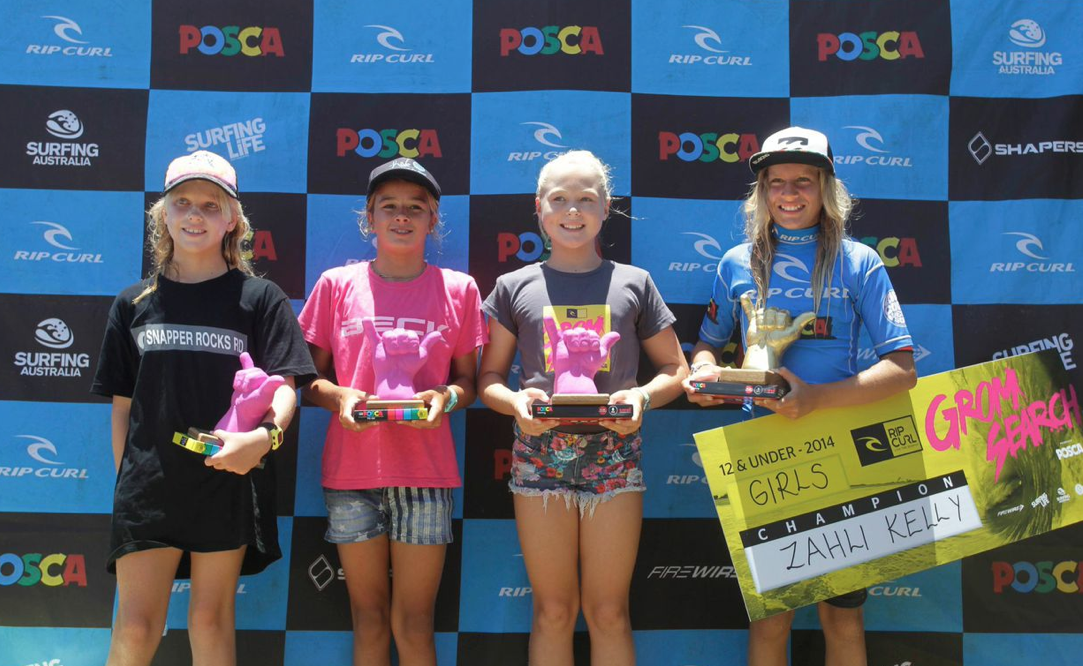