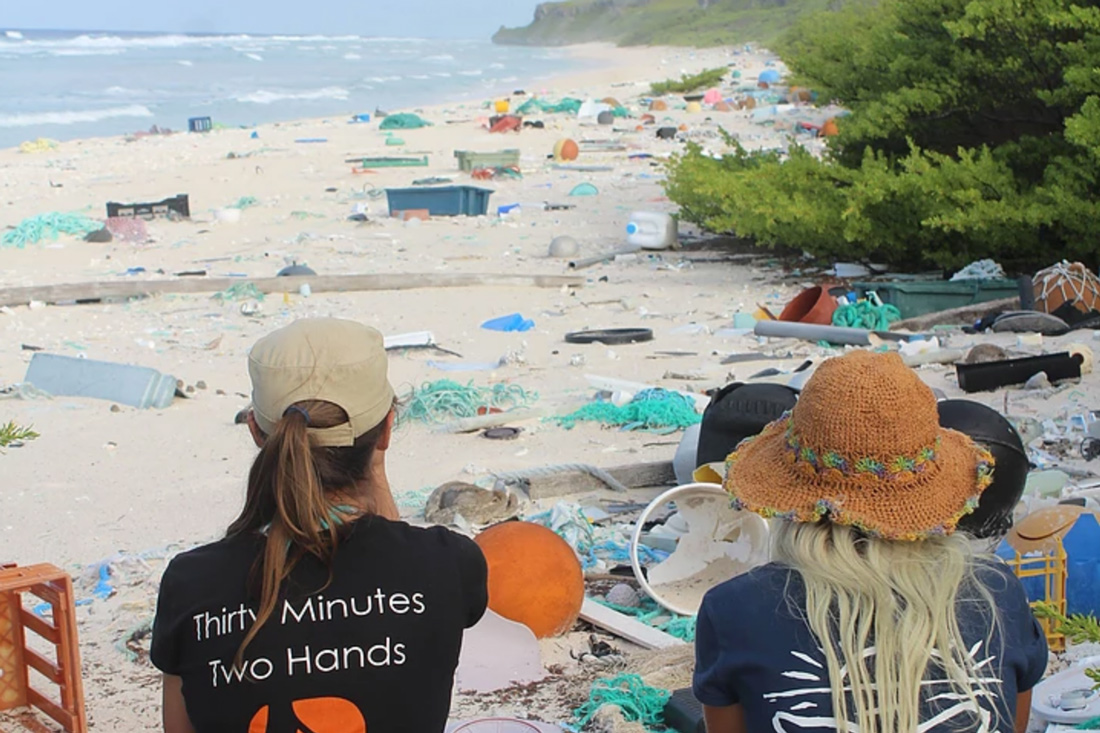 This week my research findings – on plastic inside commonly eaten fish in the South Pacific – were published in the Australian Journal of Maritime & Ocean Affairs. All those hours of being elbow deep in fish guts, sitting in front of a computer, and stressing about the world of science, have finally paid off in my very own publication: “Ingestion of plastic by fish destined for human consumption in remote South Pacific Islands”

Unfortunately, the world of fact-finding & scientific literature has become quite disconnected from non-scientists, and the communities that could potentially benefit most from the data. For me, the whole point of the research is not publication in an elite journal, but getting knowledge about an important issue out to the world to increase our understanding, and ideally provide a platform for change. So, here’s a brief summary of my findings as well as a link to the full text of the research, plus (arguably the most important) a few links to ways you can start making a difference if you feel like maybe this plastic pollution thing has gone too far.

GET YOUR FREE E-BOOK HERE

A Basic Summary of my Research:

If you only read this part of the article, it’ll give you a pretty good idea of what I’m talking about.

Rainbow runner with stomach contents (plastic) from the North Pacific – photograph by Marcus Eriksen of 5 Gyres.

The research was carried out in Henderson Island, French Polynesia and Lord Howe Island, and could not have happened without a HUGE amount of support and assistance from many people. The research began in Henderson Island, which I wrote about in a blog here. And continued on Lord Howe Island while assisting on field work for Jennifer Lavers. We were lucky to be hosted & helped by Ian Hutton, rock pool magician, who showed us the magic of his island.

Through the magic of Instagram, I met Titouan Bernicot and his crew of amazing, young and dedicated ocean lovers in Moorea, French Polynesia. Like most people I met in French Polynesia, their concept of loving the ocean is inextricably linked to a desire to protect it. They helped me find & process samples (as well as making me fall in love with their amazing home). They’re now running a project to restore coral in Moorea. The other French Polynesian locations (Fakarava & the Marquesas) were reached with the help of Captain Vaughan Wellington and his good ship Viking (and amazing crew Mara & Edo). We (mostly) dodged coral bommies, braved some bumpy sails & found local fishermen & markets who were all keen to learn more about their main source of food & income.

“Plastic marine debris is increasingly recognized as one of the greatest threats to global oceans, and the humans who depend on them. This study documents plastic ingestion in 24 species caught or sold for human consumption in the South Pacific. Fish were collected from local fishermen and markets in remote locations, including French Polynesia, Lord Howe Island and Henderson Island (Pitcairn group). Gastrointestinal tracts of 126 fish were visually examined and plastic was found in 7.9% of individual fish and 25% of species. The plastics were mostly microplastics (fragments, nurdles and rope).

There was no significant difference in plastic ingestion in relation to feeding style, length, region or species. This is concerning as plastic appears to be widespread across species, lifestyles and habitats. This is the first report of plastic in South Pacific fish, raising concerns about the transfer of pollutants in a region that is largely oceanic and heavily dependent on seafood.  The remote locations of the study also provide evidence of the widespread nature of this issue.”

This table sums up the fish collected, and amount with plastic:

All the pieces except one were microplastics – fragments (6), nurdles (3) and a small piece of rope fragment (about 2cm long). And this figure shows which fish were found with plastic inside them:

This number is likely to be an underestimate of the total amount of plastic present in South Pacific fish for a few reasons: small sample sizes & limited locations; most plastic was found in the intestines (not stomach, therefore probably being pooped out); limitations on study species (depended on what the fishermen were catching, so doesn’t provide a total overview); only ‘large’ microplastics (nothing smaller than 1mm, so doesn’t include microfibres or microbeads). So basically there is A Lot more research needed in this area, but hopefully my baseline study provides some motivation for us to keep learning about this issue.

Why does it matter?

As I’m sure you can imagine, eating plastic causes problems for the fish – both directly (through blockage or injury) and indirectly (through introducing harmful pollutants into the individual, and the food chain).

While I love fish and think they deserve a diet free of plastic pieces, the more alarming news for some may be that this also has a big impact on humans (i.e. fish-eaters). All of the fish in this study were collected from local fishermen or markets, and therefore are certainly being consumed.

While many species are gutted prior to consumption, there are still potential negative health impacts due to pollutants introduced to the fish tissue by plastic ingestion. Additionally, in some island locations, smaller fish are eaten whole and not gutted. While more research is required to determine the extent and impact of this contamination, it is clear that toxins can be transported by plastic, and potentially have a range of negative impacts.

This is particularly worrying in a region like the South Pacific, which is 98% ocean and are hugely dependent on seafood (for nutrition & income), but currently have no budgets for marine litter management. While some islands have introduced bans on plastic bags, or implemented recycling, a lot more work is needed to reduce single-use plastic dependence in this area.

Some of the fish that people are eating are eating plastics. This study adds weight to the growing evidence that our plastic pollution issue is extremely pervasive, and now ultimately is not just affecting the ocean but also the humans who depend on it (which, by the way, is all of us).

I would recommend starting off with my free e-book ‘Part of the Solution’, which will give you some more information but also some great tips on how to reduce your plastic use. There’s also a page all about this on my website with DIYs and tips. And can buy reusable straws, bags, bottles & cups here (use the code WONDERLAND for a 10% discount).

But in general, try to avoid single use plastics and go reusable. It’s that simple. Everything you do will have an impact, you can decide what you want that impact to be. Start with yourself, then work on finding the way your skills can help your community. Whether it’s organising a strawkle or Boomerang Bags chapter, doing a beach clean or picking up 3 pieces of trash. Running a workshop, doing a public presentation or documentary night. The most important thing: do what you can. Don’t be overwhelmed or disempowered by the fact that fish are filling up with our trash – use it as a motivation & inspiration to become part of the solution.

Part of the Solution E-Book