The 2015 Billabong National Surfing Championships driven by Subaru were held over the last week (11 – 17 January 2015) at Piha Beach, Auckland, New Zealand and wrapped up on Saturday. Covering all surf sports including short, long and SUP for the ladies, the event was lucky to attract a building swell peaking on the final day at over 2.0m making for a challenging showdown between New Zealand’s best surfers. The idyllic and picturesque venue is but one of many hundreds of surfing hot spots in New Zealand.

It was a good week for Auckland surfer Gabriella Sansom (Long Bay) won her first national title in the Open Women’s Division.  As the surf built the female surfers had to battle massive waves, some of the finalists getting washed in before the final had started but powered through the conditions to produce some good scores. Sansom dealt with the conditions the best, first picking off a 5.67 point ride before surfing to an excellent 8.33 point ride on her second scoring wave and a 14.0 point total to secure her first title win.

“I planned to hug in close to the Beehive and try and get a few small waves” said Sansom in reference to the rock formation at the south.  Her strategy worked well as she built her score line to a point that her opponents could not catch up. Sansom defeated Muriwai surfer Britt Kindred who placed second ahead of Jessica Santorik (Rag) in third and Dayna Story (Gis) in fourth. 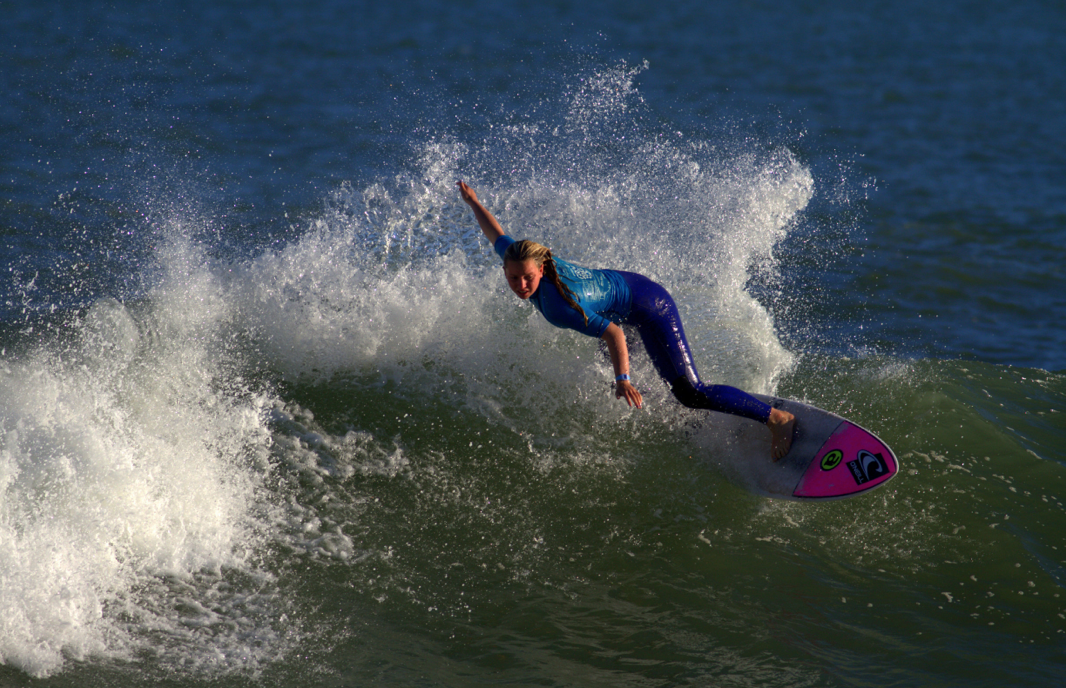