9th August 2015 – The 2015 BCU Australian Surfing Festival continued at Arrawarra this weekend with the longboard divisions is 2-3 foot south swell. The girls were challenged with the choppy right-hander point break but produced a variety of traditional and progressive manoeuvres to knock up big points and impressive combinations.

Tully White from Sydney’s Northern beaches dominated the Under-18 Girls Longboard division on Friday posting two excellent scoring waves in the eight-point range. As a result of the two-impressive scores, left her nearest rival, Lily Ellis from Yamba NSW, chasing a near-perfect 9.35 to un-do the combo. Tully was stoked to take the 2015 Junior Title after a strong competitive season.

In the Open Women’s division it was Emma Webb from Jan Juc, Victoria claimed her second Australian Title in as many years with a huge final heat total of 14.75. The Victorian goofy-footer produced some huge turns to keep Lara Murphy’s winning streak at bay and with a 2nd place, Kathryn Hughes from Currimundi, Qld and Lily Ellis finished third and fourth respectively.

“This one is more of a relief than last year,” said Emma.
“Last year, I had zero expectations, but this year I felt like I wanted it a lot more. I actually thought I’d come fourth as I couldn’t hear where I was sitting. Victoria has a very tight longboard community and without them, it would be really tough for me to come back year after year, so a big thanks has to go out to them.” 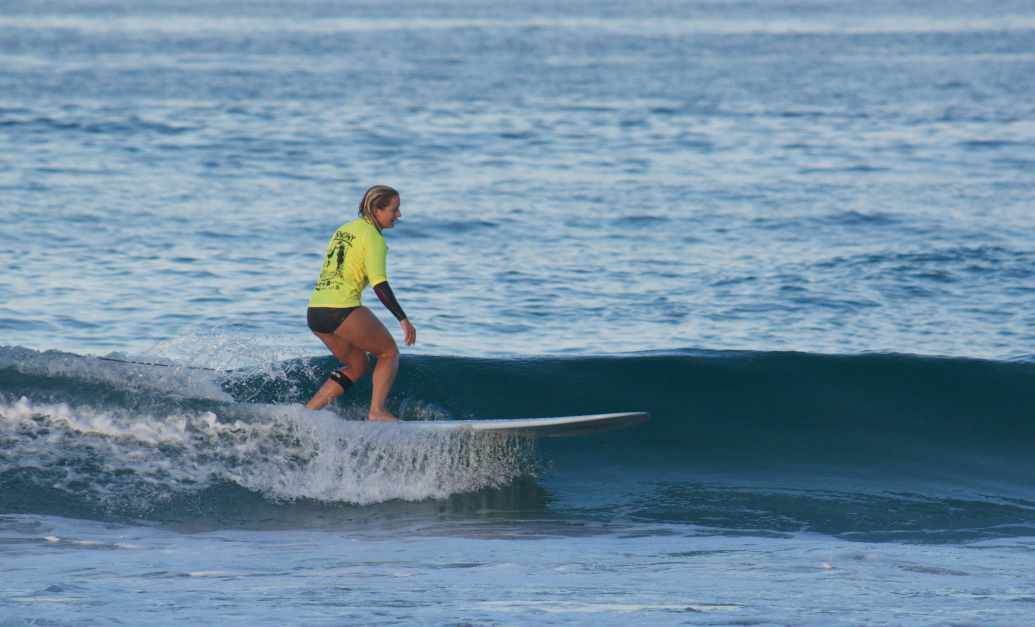