In 2014 The Mermaid Society launched and so did our mission to bring the news of women’s surf sports to the world. We’re so stoked to present the results of the World SUP Tour and the girls who rule the waves with a paddle in hand. If you haven’t yet seen these girls surf be prepared to have your eyes opened to an amazing sport.

The SUP World Tour and World Series are run by the Watermans League  “Established in 2009, The Stand Up World Tour is the Official World Championship Tour for the sport of Stand Up Paddlesurfing. It has grown into a dynamic global sports property with events in 6 countries and with participation from 15 different nations in establishing the undisputed Champion of the World.”

In the events the paddle is not just an aid to get onto waves, it must also be utilised on the wave to perform manoeuvres and skills. The judges use this criteria to mark the waves accordingly “A surfer must perform radical controlled maneuvers, using the paddle as a key tool, in the critical sections of a wave with speed, power and flow to maximize scoring potential. Innovative / progressive surfing as well as variety of repertoire [maneuvers], wave negotiation and use of the paddle to increase the intensity of the maneuvers, will all be taken into account when awarding points for SUP surfing. The SUP surfer who executes these criteria with the maximum degree of difficulty and commitment on the waves will be rewarded with the higher scores.” Watermans League website

In 2014 we saw the rise of 14 year old American, Izzy Gomez – a pocket rocket in all surfing forms. She smashed the competition out of the water and has been crowned the honourable World Title Champion for 2014 loosing only one event of the year she took out top podium position in 4 out of 5 of the world tour events. For her final event of the year she competed against the Men in Morocco at Location X and made it through to round 3! What a champ.

22 year old Nicole Pacelli from Brazil started off the year with a massive win taking out Candice Appleby in a tight final at the Turtle Bay Pro on her rookie year. Nicole worked hard to keep up with Izzi but picked off 2 second places and a 3rd place to boost her into the silver spot for 2014. You’ll find this surfer girl dropping on some pretty gnarly waves and giving the boys a run for their money. She even made the Billabong XXL nominations in 2013 for her big wave surfing. She’ll be hot on the heels of Izzi kicking off the new year and wanting to get back-to-back wins at Turtle Bay.

Candice Appleby from California move to Hawaii to be amongst the best surfers in the world. She’s in a top level of athleticism competing not only in SUP surfing events but also endurance events such as the World Series of Paddleboarding and Battle of the Paddle (5 x champion) which she has consecutive wins. Don’t write her off to the younger girls, she’s got competitive spirit that’s not going away and is at the top of her game, and climbing. Candice took out the bronze placing for 2014.

The 2015 season begins at  Turtle Bay in Hawaii in February for the 2015 Turtle Bay Women’s Pro. Can’t wait to see what the new year brings for these amazing athletes. 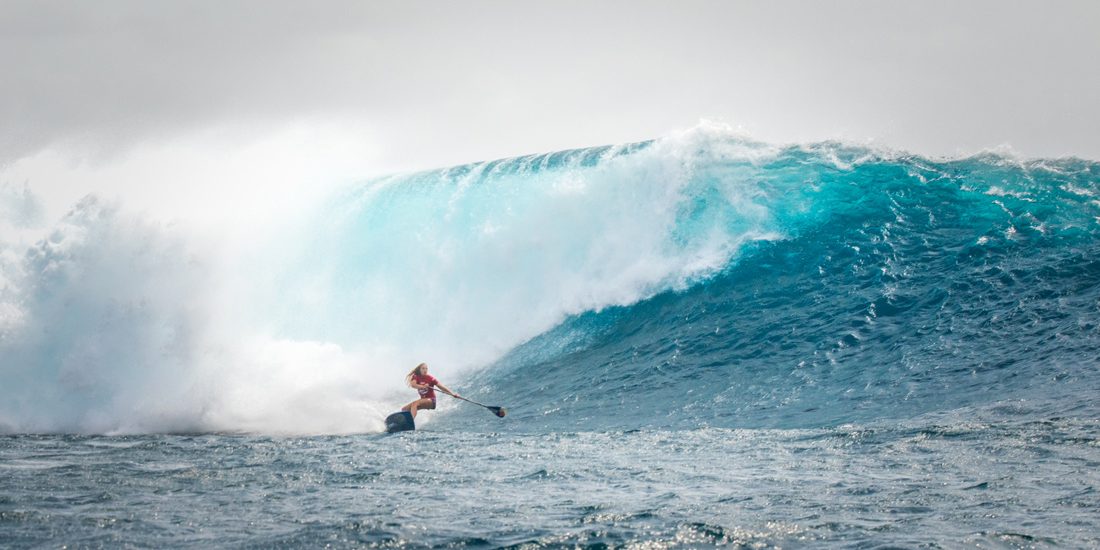